2012
Caring for the caregiver: Evaluation of support groups for guardians of orphans and vulnerable children in Kenya

HIV and AIDS have altered the context in which millions of children in sub-Saharan Africa are raised. Many are under the care of a widowed or ill parent, and others are residing with their extended family. Caregivers of orphans and other vulnerable children (OVC) face a variety of stressors that may adversely affect children. This study explores potential benefits of caregivers’ membership in support groups on their own psychosocial well-being, and on the treatment and psychosocial well-being of OVC aged 8–14 under their care. A post-test study design comparing members and non-members was applied, drawing upon random samples of current and prospective beneficiaries from a rural community in Kenya. With up to two children per caregiver eligible for study inclusion, the sample comprised 766 caregivers and 1028 children. Three-quarters of children had lost at least one parent. Nearly 90% were cared for by a female, often their natural mother or grandmother. Half of the caregivers were widowed and one-fifth had a chronic illness. Over one-third of caregivers were members of support groups, more commonly female caregivers. Regression analyses assessed the effect of support group membership after controlling for household, caregiver and child characteristics. Members reported less social marginalization, better family functioning and more positive feelings towards the children in their care than non-members. Children with caregivers in support groups exhibited fewer behavioral problems, higher rates of pro-social behavior and reported lower incidence of abuse from adults in their household. The psychological state of caregivers, however, was not associated with support group membership. Results underscore that quality care of vulnerable children hinges on interventions that address the psychosocial challenges facing their caregivers. 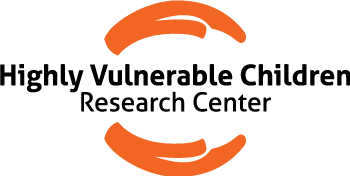